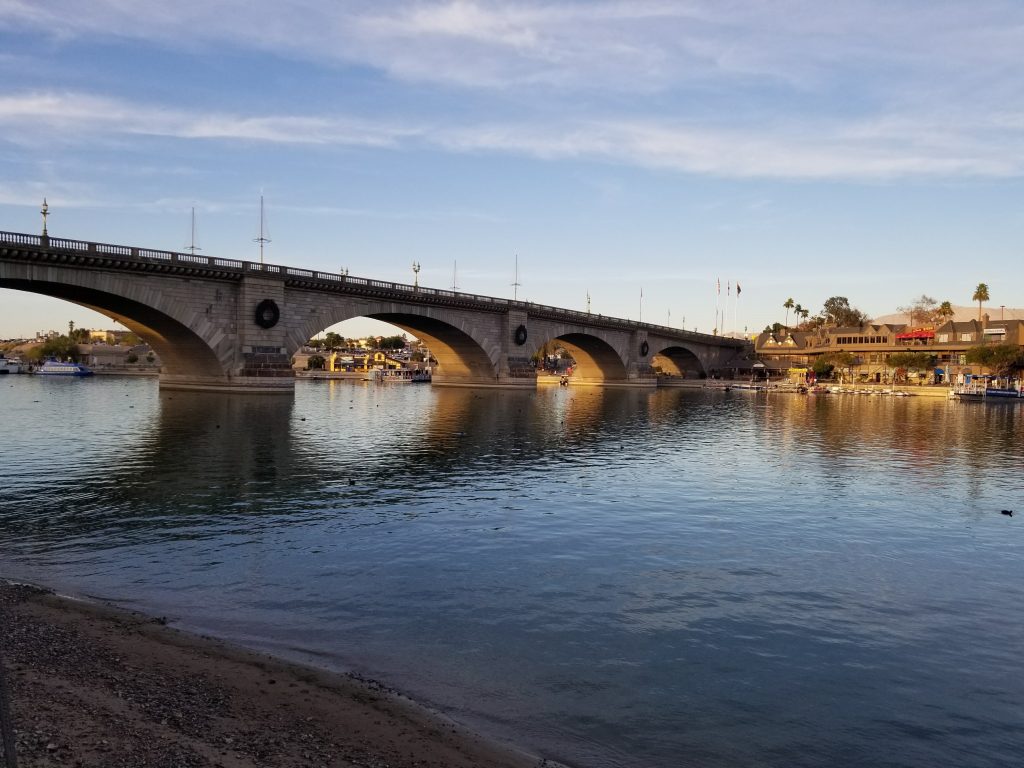 “McCulloch came by this figure by doubling the estimated cost of dismantling the structure, which was $1.2 million, bringing the price to $2.4 million. He then added on $60,000 – a thousand dollars for each year of his age at the time he estimated the bridge would be reconstructed in Arizona.

Each block was meticulously numbered before the bridge was disassembled. The blocks were then shipped overseas through the Panama Canal to California and trucked from Long Beach to Arizona. Following reconstruction of the London Bridge, Lake Havasu City rededicated it in a ceremony on October 10, 1971. Since then, it has consistently remained a favorite among Arizona attractions, drawing in visitors from around the globe.*”

The London Bridge has become the second most visited attraction in Arizona, with the Grand Canyon being first.

The people at the Martini Bay Night Club were up for fun. It was Friday night.  We cannot remember everyone we met, but enjoyed hanging with Nel and Steven Steffens, a retired couple.  They are traveling the country in their RV, but just happened to being staying at the London Bridge Resort for the same seven days.

Here are a few photos from the evening.  The photos at the bottom are us just before we checked in to the resort, our room and the Martini Bay Night Club.